Now, why exactly is that? It’s because it’s a system that helps you understand what chords you need to use in a given song. It also helps when playing whatever style of music you might encounter.

Fortunately, the piano is a very visual instrument. This makes it very easy for us to understand how chord theory works.

The Major Scale in Chord Theory

I’m going to tell you a huge shortcut right now. Remember the first scale that most people learn called the major scale?

Guess what, 95% of the chords you learn will use this easy scale as a building block!

Whenever we describe chord names and chord theory, it’s always in reference to a major scale. So, if you want to understand those crazy chord names, know your major scale: it forms the basis for our chord theory.

To breeze through chord theory, we need to name all the seven notes of the major scale in the following order. We will call these names the scale degrees.

The names of the scale degrees are in reference to their interval (i.e. the distance from one note to the next) from the root:

If you want a deeper understanding of major scales, go on and read Major Piano Scales: Awesome Mastery Tutorial and/or Piano Major Scales: How To Build and Play Them in Any Key.

Now that you understand the basics of the major scale, let’s use it to start learning all those sweet chords!

A lot of people make chords more complicated than they need to be. Here’s an easy to think about chords going forward. Simply put, it’s just a combo of two notes or more put together.

The smallest chord you can get is called a power chord. Power chords are nothing more than the root and the perfect 5th played together.

For example, C plus G is a C power chord or C5 (meaning the note C plus the perfect 5th): 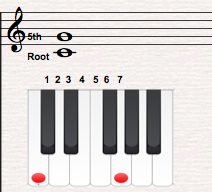 To play a power chord on the piano, play any note plus another note seven half steps away from it.

Power chords are “neutral” sounding in quality i.e. neither “happy” or “sad”. The perfect 5th thickens the sound of the root note.

When you’re playing something heavy or ballsy like hard rock, punk, or metal, power chords are the way to go.

2. How to Spell Out Triads

Chord theory defines a triad as a combination of notes starting with a root plus a third and a fifth. For instance the C major triad is C, E, and G: 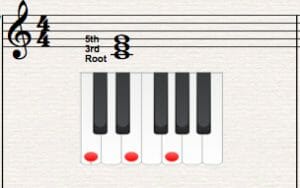 Another example is Gb, which is Gb, Bb, and Db: 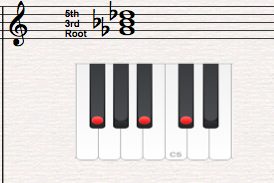 VERY IMPORTANT: We spell chords to always represent a root + third + fifth relationship. What I mean to say is when you spell out your chord, it has to appear that you’re skipping letters of the alphabet.

For example, although Gb, A#, and Db sounds as a Gb major chord, the correct spelling of the chord is Gb, Bb, and Db (Gb to A# is an augmented 2nd while Gb to Bb is a major 3rd, even though they will sound the same on the piano).

Want to sound happy and bright? Major chords are the way to go! 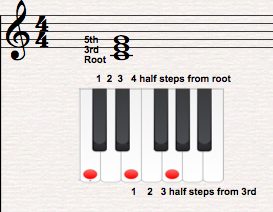 As an example of major chords being used in actual songs, check out this neat Amazing Grace piano lesson.

Here is a C minor chord (Cm or Cmin): 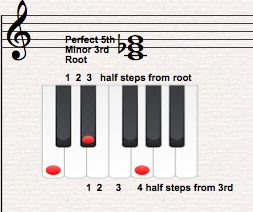 Minor chords have that “sad” or “dark” quality. This Let It Be Piano Chords lesson shows how using a minor chord can add tension or contrast to start a new song section.

If you want to add a little bit of tension, uneasiness, or even try and spook someone out in your music, diminished chords are your go-to chords. 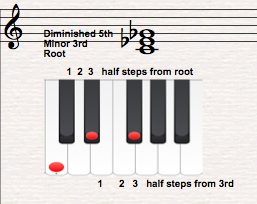 For an example of how to use a diminished chord, check out this lesson on Plush Chords by the Stone Temple Pilots.

If you want to take people away into feelings of dreams, fantasy, flights of mystery and wonder, augmented chords are the key. 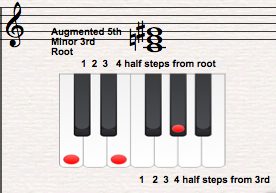 To add a bit more character to the basic triad, you can add sevenths (i.e. notes that have an interval of a seventh from the root). Here you will discover what these seventh chords are all about: 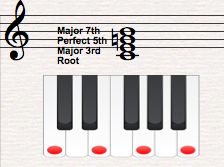 Major seventh chords are what most people think of when they say “jazzy”. These chords are kind of like a happy or bright sound with an added element of “cool” or “relaxation” feel to it.

In chord theory, if you want to make your listeners feel that something is coming up next, use the dominant seventh chord. This chord is known mostly for three things:

Dominant seventh chords do a really good job of linking from one chord to the next. I even once heard that John Williams (yes, the famous Hollywood film composer) uses them like you would use “and” in a sentence! 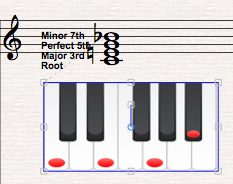 Because of its nature as a chord that would typically lead to the first chord of a key signature, the dominant seventh chord has that “hanging” feel to it.

In this Hallelujah Piano lesson, watch out how that E7 chord leads nicely to an Am chord.

A minor seventh (flat five) chord is a minor chord with the fifth flattened (this is technically a diminished triad) plus a flat 7th (“7”): 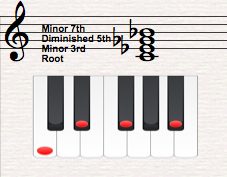 Also known as a “half diminished” chord, It has a kind of “unsettled” feel that easily leads to a dominant seventh chord.

One of the most confusing chords in the history of chord theory is the minor (major seventh) chord. It is a minor triad with a “maj7”: 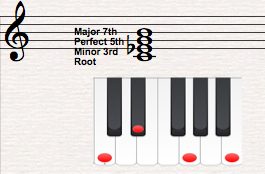 This kind of minor chord has kind of a “dark” yet “jazzy” feel to it. 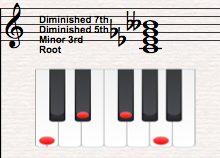 Remember, you can’t call Bbb as A, although they are enharmonic, because of chord theory naming conventions. A diminished seventh chord has that really unsettling feel that makes your ears look for a more consonant sounding chord to go to next.

An augmented seventh chord is nothing more than an augmented triad plus a “7” (flat 7th): 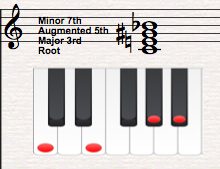 Augmented seventh chords have that “dreamy” yet “unsettled” quality as well. Most jazz musicians call this chord a dominant 7th flat 13 chord instead i.e. this example shows a C7(b13).

In chord theory, when you see something like a C6, it simply means a C major triad (C, E, G) plus the major sixth note (A): 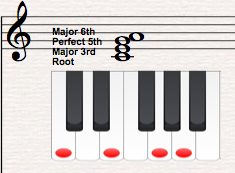 From a technical chord theory standpoint, this is one of the most consonant sounding chords you can hear.

Suspended chords have a kind of “hanging” feel to them; they always resolve to a triad. We usually play these chords just right before a dominant seventh chord.

A sus4 chord is never a final chord in many cases. It almost always resolves to a major triad. Check out this example: 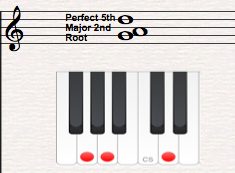 Like the sus4, the sus2 chord is never a final chord because its sound leaves you hanging, expecting for something. Here’s an example of how you use a sus2 chord:

Chord names can sometimes get very confusing. I know. I’ve been there. So, how do we actually name chords?

In chord theory, this is how we do it:

Following the formula above, we can get Cmin(maj7) as follows:

Finding the “Right Chords” in a Key Signature 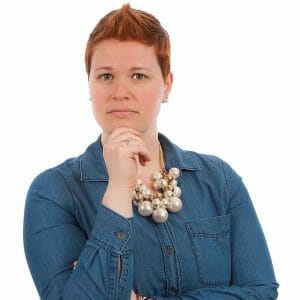 To easily find out the chords that would naturally exist in a given key signature or scale, you can draw a chart with at least three rows as shown below.

This is a way of making chord theory a whole lot easier.

Our example is in the key of C:

How to Draw Your Own Chord Theory Table

After you draw your table correctly, you can find out the kind of chords charted by playing them and/or using the chord theory formulas you have just read about i.e. how to form a major chord, etc.

Now you might ask, “What are all those Roman numerals?”.

Those Roman numerals are our chord names in scale degrees.

This is what most musicians refer to when they talk of things like the “I” chord, “ii” chord, etc.

Roman numerals in uppercase have major 3rds from the root and those in lowercase are chords that have a minor 3rd from the root.

Check out this neat lesson about piano chord progressions: I, IV, V, IV to get a hang of how we use Roman numerals to refer to chords.

What’s In It for Me To Learn Chord Theory This Way?

Now, why would you try to learn chord theory this way ? Here are some benefits:

The next step is checking out how to play these chords more effectively. Go ahead and try out our chord inversions lesson.

I hope that this guide has brought you closer to understanding chords and how to actually use them in various examples. If you enjoyed this lesson, have questions, or any comments about it, please leave a comment below.

For more awesome piano lessons that go straight into your inbox, go ahead and subscribe to the pianolessonsonline.com free mailing list. Go to the upper right hand corner of this page and fill in your name and email to sign up. It’s that easy! I’m sure that you won’t regret it. Happy music making, folks! Thanks!