When it comes to piano chord progressions, you must know the (I, IV, V, IV).

Why is this chord progression a “must know?” Well…

Today’s easy and fun video lesson will teach you how to play this incredibly useful chord progression.

Plus, as a bonus I will fast track your learning even more. Throughout the tutorial I’ll share with you some classic melodies that feature the (I, IV, V, IV). Let’s start learning!

Once you’ve finished watching this tutorial make sure you continue reading. The shortcuts below will give you important tips on how to master this infamous chord progression.

It’s no secret, one of the best ways to shortcut your learning process is to learn common chord progressions. You’ll quickly discover that many different tunes play off of the same patterns. For your benefit, I will be going over this particular chord progression in several keys.

Now that you’ve watched the video tutorial above, let’s breakdown the key points together.

Let’s start at the most basic of playing levels, the C Major scale.

The C Major scale is written out like this, (C D E F G A B C). Now that you know your key and the notes in the scale. How do you organize your voicings for the (I, IV, V, IV)?

Pointer #1: How To Build Chord Voicings From Scale Degrees.

Alright this part is fun. To start your chord practice you’ll want to build a chord off of every single note. 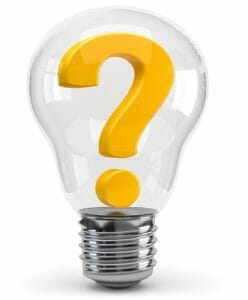 How do you do this?

For example, in the C Major scale the (I chord) is a basic C triad. A, (C) triad is the notes (C E G). Do this for every scale degree.

Move one more scale degree up and what’s your (IV chord)? F is the 4th note in the scale. Written out it looks like this, (F A C).

Important note! Do you notice anything special about the I, IV, and V chords? That’s right they are all major chords. You know this theory works for the C Major scale. Lets test this theory with another key.

Knowing this, you can prove this theory about the (i, IV, and V) chords always being major. Try it out in the key of G.

Fantastic! You just built your (I chord) for the key of G, (G B D). Now build your IV and V chords.

Written out fully this is your (I, IV, V, IV) chord progression for the key of G. 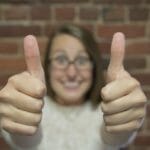 Starting to get the hang of it? Excellent!

Piano chord progressions like these (can and will) make your music stand out!

Pointer #3: Good Places To Start Picking Out This Chord Progression!

The video tutorial for this lesson shows you 2 great examples. Weezer’s Sweater Song and La Bamba are perfect examples of this progression in the key of G.

What about, let’s say for the key of F?

The best place to start is to understand the (I, IV, V, IV) voicings in the key of F.

Written out fully, this is your (I, IV, V, IV) chord progression for the key of F.

Special note! Joker by the Steve Miller Band is a great reference track! The (I, IV, V, IV) chord progression in the key of F is featured in that song! Check it out in the video above.

These are just 3 examples of this common chord progression in popular music. Trust me, there are countless!

The more you practice this progression in different keys the more songs you’ll start picking it out of. 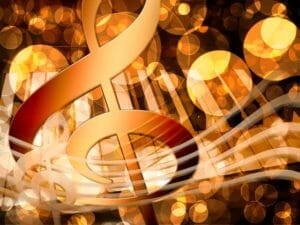 Get used to how it sounds and feels. You’ll be seeing a lot more of the (I, IV, V, IV) as you continue to learn and play.

More Amazing Tutorials Just For You!

The sooner you start using this and other chord progressions in your own music the better! Who knows maybe you’ll have the next hit. Hey, it’s clearly worked before…

“This was great and all but what should I learn next?”

This site has so much to offer you. Since you enjoyed this lesson and video tutorial, I know you’ll love my tutorial on piano major scales!

If that’s not what you’re looking to learn right now try this fun piano man tutorial. This lick is a classic. Capture your audience’s attention like Billy Joel…

Whatever you do be sure to check back to our site regularly. We are always posting new helpful content for you to learn!

In the meantime enjoy your practice. If you have any questions about piano chord progressions and the video tutorial please leave your comments below.