Want to learn how to play chord inversions? You’ve come to the right place!

In today’s video lesson I’m going to show you how to play this critical chord technique.

You’ll see these chord inversions being used all over the place in music. Rock, country, gospel, classical, R&B, you name it. Incredibly important!

This will get you all kinds of cool color and texture out of them. I think you’re going to really enjoy this lesson.

All right, enough introduction, let’s head over to the piano and let’s have some fun.

All right, welcome to the piano. Let’s learn how to play chord inversions. Okay, so check this out, very easy stuff. As you see in the video I’m just playing a basic C chord in the beginning.

Most people know a basic C chord. It’s just the notes C, E, G. This is what’s called root position. Write that down in your notebook, root position.

Now, there are going to be two additional ways that we can play these same three notes. 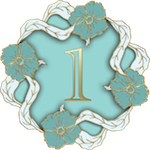 To get our first first chord inversion, we are just going to reorder the notes a little bit.

Okay, so write that term down in your notebook, first inversion. It’s also important!

To get our second inversion, we are just going to reorder the same notes a little bit again.

To break down how to find the 2nd inversion, lets start with our regular root position chord again. C-E-G.

For the 2nd inversion, we’re going to first take the top G note and we are going to  remove it.

Then, we’re going to pop that same G note and place it on the bottom of the chord instead. This is still a C chord but now that we have the 5th (or the G in this chord) on the bottom we call it 2nd inversion.

Okay, so write that term down in your notebook, 2nd inversion. It’s also super important!

Another technique I used to decorate chords in this lesson is arpeggiation.

This is just a simple technique where you break up the chords.  It’s a great way to create a little bit of a different sound texture. So, you’re not constantly playing block chords the whole time.

Block chords are cool but sometimes it’s nice to arpeggiate as well.

Another important concept to take in mind when you’re learning chord inversions is the sound of reordering the notes.

Can you hear how the root position has 1 particular sound or emotional feel?

Can you hear how when you play the 1st inversion it has a slightly different sound?

How about the 2nd inversion, can you hear the subtle difference of how a 2nd inversion sounds? Listen to this C chord, it’s got a particular sound, right. What about in second inversion, okay.

It still has that familiar feeling to this one, but it’s a little different. They all have a little bit of a different emotional color or texture to it.

We usually want to stay close when we move from 1 chord into the next.

You barely have to move that way and it sounds really smooth as well!

You’re just moving 2 fingers as opposed to having to move your whole entire hand position. You always want to be as efficient as possible at the keyboard.

So, there is sound, there is physically staying close. There are more cool reasons too but we’ll have to cover more in future piano lessons soon.

In the meantime, have fun exploring these chord inversions now you understand how to play them. Pretty easy to understand, right?

If you want to learn more about simple piano chords I highly recommend you check out this Hallelujah piano tutorial. You can also check out this John Lennon Imagine piano lesson.

We have some other cool free videos that feature 2nd inversions. If you’re up for a fun challenge you can also check out this The Way It Is piano lesson and this Margaritaville piano lesson.

Most importantly, please subscribe to the PianoLessonsOnline.com email list. You’ll get our latest and greatest lessons sent right to your inbox.

Our mission is to build an amazing community of people who love piano just like you.  Thanks for watching and reading and if you have questions feel free to leave a comment below. Thanks!