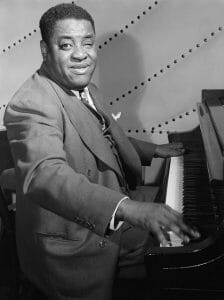 Major piano scales: You’ve always wanted to master them in all 12 keys, right? Well, just hold onto your seats: In a few moments, you’re in for a really exciting treat!

Today’s tutorial will teach you all the neat tips and tricks you’re going to need to understand how to play your major piano scales that will feel very natural.

Another thing you’re going to learn in this tutorial are some of the most popular note sequences you can use with major piano scales to widen your piano soloing and improvisation abilities. 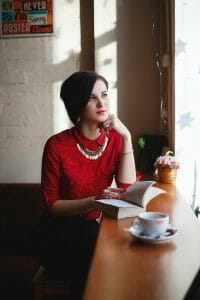 A major scale is simply a sequence of seven notes separated by intervals of whole steps and half steps.

Regardless of what key or note you start your major scale is, it will always follow this formula of whole steps (W) and half steps (H) until you start all over again:

Maybe you’re going to start asking, “What does this mean?” Well, to help you imagine what this is, let’s assign numbers to each note of your major piano scale.

Since all major scales have seven notes, let’s say for now that we have notes 1 to 7 until it repeats itself. Given the formula of whole steps and half steps that we have a while ago, it now looks like this:

When you play all of the white keys on your piano keyboard starting from C until the next C an octave higher, you end up with a major piano scale in the key of C.

Visualizing the Major Piano Scales Formula on the Keyboard

Now you might tell me that you can’t see what I’m talking about.

Well, to help you imagine what this looks like, imagine cutting off the ends of your piano keyboard’s white keys directly underneath the edge of your black keys. You’ll end up with a keyboard that looks like this:

If we apply our major piano scale formula to our reimagined keyboard, you will be able to see where those whole steps and half steps are:

Since the formula is always the same for every major scale, to play major piano scales in all 12 keys, it’s just a matter of changing the root note and then following the rest of the formula.

For example, let’s say I choose the third black key, which is Gb, and apply the same sequence of whole steps and half steps, I am guaranteed to get a Gb major scale:

What? Another sequence of numbers!? What about finger 5?

How about finger 5? When playing our major piano scales, we use finger 5 for a terminal note before we change direction towards finger 1.

Remember that using finger 5 for a note in a scale will naturally provide a cue to change direction towards the thumb. It is the same thing for the left hand.

Now, try to play this Db major piano scale for the left hand:

Given the shape of our Db major piano scale, there is no need for you to use finger 5 anywhere.

In both examples, you can see that playing the scale conforms to the natural shape of your hands.

This is your goal when trying to determine fingerings for all of the major piano scales: play them with your hands assuming as natural positions as possible.

5. How to Practice the Major Piano Scales in All 12 Keys

You start off by getting a copy of any basic piano exercise book that contains all 12 major piano scales.

You can also get a copy of the Ultimate Jazz Scales Book that has tons of scales that are very useful for any genre of music.

Some of these books already have the fingerings written out although most of them don’t label every note. It is good practice that you write the fingerings for every note in your scale book and you stick to them.

Just like any other physical activity, warmups are important.

You can warm up with this excellent trill exercise before you begin your scale studies that helps build strength, dexterity, and coordination for all five fingers. Play this exercise hands separate at first and then hands together:

Since we want our hands to assume as natural a position as possible during practice, start practicing your major piano scales in the key of Gb first and then Db, Ab, Eb, Bb, F, C, G, D, A, E, B, then back to Gb.

6. The Most Difficult Among the Major Piano Scales Is Not What You Expect

As you will notice, it is actually the key of C that is the hardest to master, given that we can take it for granted as it is simply all of the white keys. The key of C is also the major piano scale where our fingers are most curled, hence the farthest from the natural position of the hand.

Remember to practice these major piano scales SLOWLY at first. Use a metronome and/or a backing track so that you can play the scales at an even and consistent tempo and rhythm.

Play at a slow tempo with long rhythms first, especially when you’re not yet used to playing the fingerings. For example, you can start playing your major piano scale in the key of B in quarter notes at just 60 BPM.

You gradually speed up as soon as you get comfortable at a particular tempo.

How to Spice Up Practicing the Major Piano Scales

Now comes the part where you actually spice up practicing all of your major piano scales! This is also the section where we actually go to build some useful prerequisites for improvisation. Here goes nothing:

While practicing your major piano scales linearly and sequentially, ascending and descending, may have a lot of value at a consistent tempo and rhythm.

But let’s be honest: it can get really old really fast. Simply playing scales up and down is not music!

When you practice the major scale that you are working on, pick out random notes. Play them at varying rhythms against a backing track and along the entire keyboard.

Explore the sounds you get out of that particular major scale as you play the notes randomly.

Sequences are repetitive patterns of notes that you play along the major scale you are working on. Here are some common examples with fingerings: 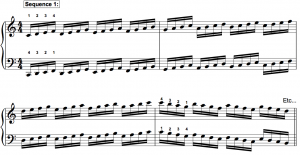 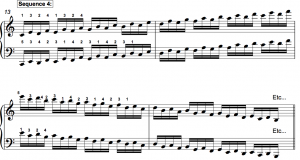 Also try to come up with your own note sequences and practice them. Later on in your journey, these are the kind of exercises that will help you create licks on the fly. Check out this awesome country piano lesson to learn a lick based on note sequences.

3. Practice Your Major Piano Scales with Each Hand a Third Apart

Practicing your scales with each hand a third apart gives you some practice in simple harmony. In the example below, you are playing a C major scale with the left hand starting at C and the right hand starting at E:

You can practice this way linearly, randomly, or with sequences.

4. Practicing Your Major Piano Scales with Hands a Sixth Apart

In this example, you get to practice a similar harmony as doing it a third apart, except that the left hand starts the major piano scale in E and then the right hand plays the same scale on the root note (C):

If you want to raise the bar higher for your scale practice, you eventually have to learn how to play your major piano scales in thirds. Remember to practice slowly, hands separate first and then hands together.

Try your best to learn these exercises in all 12 keys:

There is a lot of music out there for piano that features harmonies in sixths, with the main melody note on top and the harmony being a sixth below.

Melodies using such harmonies sound lush and rich, and so it is important that going further down the road that you practice your major piano scales in sixths:

By the way, if you want to learn a song that features sixth’s in the melody, check out this Margaritaville piano lesson.

Some of the toughest music for piano involves the use of melodies in octaves. It is also common for some left hand parts to be played in octaves.

To build such skill, learn how to play your major piano scales in octaves. Melodies in octaves sound big and powerful, and learning how to do such feats will make your piano performances more powerful.

It can be difficult, especially for those with small hands, but the benefits learning how to play octaves are immensely useful:

Once you learn one or more concepts in piano performance as you practice major piano scales, it is most important that you use what you’ve learned in actual musical situations.

For example, when you’re learning songs after scale practice, more often than not you will realize that it is easier to learn those songs.

You can even go and exercise creativity by playing the songs in different ways such as playing melodies in sixths or octaves, creating embellishments on the fly, and even coming up with your own licks and solos.

Learning these major piano scales will unlock more possibilities for you as you keep on playing. You can go ahead and check out this tutorial on Bruce Hornsby’s The Way It Is Chords as an outstanding example of that.

Did you enjoy the lesson? Did you find it helpful? Got questions regarding this lesson? Feel free to leave a comment below.

As usual, we would love to help you and share as much music as we can to assist you in your piano journey.

If you’re new here, feel free to subscribe to the pianolessonsonline.com free mailing list to receive some of the most amazing piano lessons right in your inbox. Thank you so much!