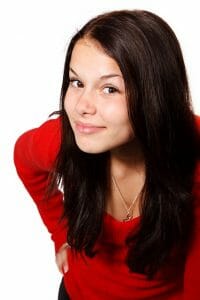 Do you want to learn some good chord progressions? You’ve come to the right place.

Why you may ask? Knowing some of the coolest chord progressions in the history of music enables you to learn songs faster.

Would you believe that by learning just one good chord progression that you’re learning 50 songs or more easily? Sounds unbelievable? Not at all.

What I have for you is the secret of the pros: mind-blowing information that is sure to boost your ability to learn new songs! 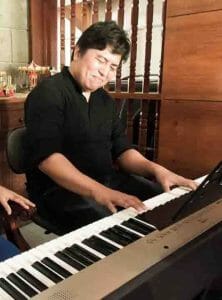 The Struggle is Real

As a professional musician with a less-than-desirable memory, I definitely struggle memorizing every sheet music I come across with. So, in order for me to be able to make music properly, I rely heavily on practical music theory knowledge.

Important practical music theory bits I have with me include good chord progressions.

Had I not known good chord progressions or any practical music theory, I would have trouble if asked to play on the spot songs that I barely know!

I sometimes would encounter audience members and fellow musicians who would ask me to play such material!

Can you imagine the sheer horror of being paralyzed in fear by not knowing good chord progressions?

If memorized pieces are the only ones I knew how to play, that would almost always result in a bad day. You know what’s worse? I could have been fired and have my career destroyed!

If I didn’t know good chord progressions and other patterns, I would disappoint a lot of people who rely on me to play for them. I would even be disappointed in myself.

I sure don’t want to be in that situation, and I think you would like to do better as well. Learning some of those good chord progressions is a great start! 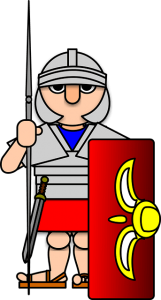 If we want to accurately describe and recognize good chord progressions, we have to understand first what’s called Roman numeral analysis.

Simply put, we use Roman numerals to name the seven naturally existing chords of the diatonic scale (either major or minor).

The diatonic scale is a seven-note scale. So, we can build seven naturally existing chords from it. We label these chords as I, II, III, IV, V, VI, and VII, depending on their position in the scale.

The kind of diatonic scale we usually refer to when naming chords is called a major scale. To learn more about the major scale, check out this awesome major piano scales lesson.

Chords in a Major Key 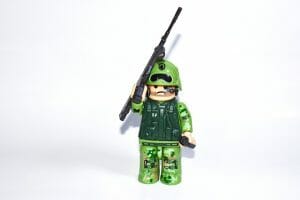 In a major key (i.e. a key signature based on a major scale), here are the naturally existing chords:

Chords in a Minor Key

In a minor key (i.e. a key signature based on a minor scale), there are more naturally existing chord possibilities.

This is because the minor scale comes in three variants: natural, harmonic, and melodic.

All of the variants of the minor scale can be used at any time in a minor key.

Naturally existing chords in these variants are as follows:

To learn more about how to get all the naturally existing chords in a particular key or scale, you’ll want to plot them out in a chart.

For an example of how to make a chord guide out of the notes of the scale, go ahead and check out our chord theory lesson for more details.

After going through that, let’s go ahead and work on some good chord progressions.

The Most Popular Among All Good Chord Progressions

The Blues is one of the cornerstones of popular music! Why do we say that? It’s because every song in existence will have a I – IV – V or a variation of it!

Check out this 12-bar blues example in the key of C:

Examples of songs that use a I – IV – V chord progression are plenty! I’m inclined to think that just about every song in the planet has used it or some variation of it. Matter of fact is that every blues song has it!

If you’re wondering how we would be able to use the I – IV – V in songs, you can check out this Piano Chord Progressions I, IV, V, IV tutorial. For some really solid blues piano, check out this awesome blue course called The Breakthrough Blues Piano Method created by none other than Blues Hall of Fame legend Bruce Katz.

“Wild Thing” by The Troggs…

and Whitesnake’s “Here I Go Again”.

More recent hits that feature this good chord progression include “Hotel Yorba” by the White Stripes.

A number of songs by The Beatles feature the I – IV – V chord progression such as “Twist and Shout”:

The Fab Four also uses a variant of the I -IV – V as you will see in this cool Hey Jude piano lesson.

Some of the most enduring songs that use this chord progression include “Stand by Me” by Ben E. King.

A contemporary example that use I – vi – IV – V is Meghan Trainor’s “Dear Future Husband”:

Another contemporary example is the Charlie Puth hit “Marvin Gaye”:

To get a better grip on this chord progression, go and check out this amazing I vi IV V piano lesson.

…having the I – V – vi – IV chord progression under your piano-playing fingertips will unlock TONS of songs for you!

Being one of the most frequently used good chord progressions out there, the I – V – vi – IV has its variants such as…

The vi – IV – I – V evokes a sense of melancholy. An example of the chord progression looks like this:

Another recent hit called “Seven Years” by Lukas Graham uses another variant of the I – vi – V – IV but if follows the sequence vi – I – IV – V instead:

The entire song is built off of the vi – I -IV – V chord progression. Here’s a transcription of the intro:

The chord progression in one of the most famous classical pieces of all time called “Canon” by Johann Pachelbel, is possibly one of the progenitors of the ever famous I-Vi-vi-IV, although it contains an added iii chord:

Used in famous classic and contemporary works of popular music like Procul Harum’s “A Whiter Shade of Pale” as well as the pop-punk hit “Welcome to the Black Parade” by My Chemical Romance, knowing this good chord progression is a must-have.

…you better learn how to play one of the classic good chord progressions from Spain: the Andalusian Cadence.

Owing origins from Flamenco music, the Andalusian Cadence is a i – bVII – bVI – V chord progression evokes a kind of exotic, romantic, or sensual flair. Play an example of it by following this chart:

If you want to work your way towards jazz as well as jazz-influenced hits like “Chivalry is Dead” by Trevor Wesley, you got to know how to play a ii-V-I:

The ii – V – I chord progression is also used in genres other than jazz. One example I can recall is “Take On Me” by A-Ha. Check out this Take On Me piano tutorial to hear the ii – V – I in reference to that famous synth lick.

You can play the classic jazz turnaround ii – V – I like this in the key of Gb:

To hear a series of ii – V – I chord progressions in action, listen to the jazz standard “On Green Dolphin Street”:

To immerse yourself in the world of jazz chords and jazz piano, go and check out the Zero to Jazz Piano Hero program.

a. Circle Chord Progression in a Major Key

Essentially, a circle chord progression starts at the I chord and then goes through a cycle or circle of fourths like this:

b. Circle Chord Progression in a Minor Key

In a minor key using a natural minor scale, it looks like this:

With a V chord instead of a v chord, we get a leading tone that’s just a half step lower than the root note of the I chord. When the leading tone moves towards the root, the sound is much convincing or satisfying to hear.

This is your circle chord progression in a minor key using the harmonic minor scale purely:

Some composers and songwriters may find the III+ to sound too “unsettled” or “disturbing”. Practically speaking, this is why we combine natural and harmonic minor so that we can still have a III chord from the natural minor and then a V and a #vii° coming from the harmonic minor scale:

Another circle chord progression is that which entirely consists of dominant seventh chords going through the circle of fourths:

Circle chord progressions are awesome to learn because:

Now that you’re armed with good chord progressions, it’s time for you to try and apply it to actual songs. Here are some suggestions:

When you know good chord progressions, it unlocks that Pandora’s box inside your head, allowing to to learn how to play your favorite songs on the piano faster. The faster you can learn music, the more you get to enjoy playing them, the more awesome you will sound.

If you find this lesson helpful or if you have any comments/feedback, feel free to leave a comment below. For more awesome piano lessons delivered straight into your inbox, go ahead and subscribe to the pianolessonsonline.com free mailing list by filling up the form at the upper right hand corner of this page.

I wish you success in your effort to master those good chord progressions. Keep up the good work and let the music flow!